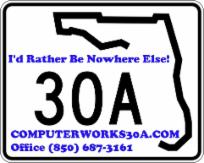 Why does this happen to my computer when I have an antivirus, firewall, etc..

Clients have been asking me where they are getting these viruses from and most are amazed when I tell them, they are self inflicted.

With the best of intentions people have been falling prey for these fake, or "rogue", security software running on their computers. Rogue security software is a program that pretends to be a legitimate security utility--usually an anti-virus or anti-spyware scanner--but really isn't. This type of software can worm its way onto your system behind the scenes without your knowledge, but as often as not its entree is aided and abetted by the actions of a well-intentioned user. You can have the best security system in your house = firewall, but if you allow that stranger to enter = downloading clicking on something you are not 100% sure of, it's as good as not looking who's at your front door before letting them inside, alarm and all = antivirus and firewall.

You can have a "Brand New Computer" out of the box, if you fall prey to a fake e-mail or any fake pop up, website, etc, in an instant your computer may be infected or even wiped out!

*Although it is a rare event to have to re-install windows due to a virus, it does happen. Especially if someone tried a "system restore" with viruses present, that only makes matters much worse! Our one hour tune up can not be done in that case as it takes at least three hours to properly reinstall windows and even longer if you need your files backed up. If you are running an older version of Windows, ie, XP or Vista, Internet explorer can't update to the latest, safest, fastest version. That said, those operating systems can no longer run like new on the internet.

There are thousands of messages from financial institutions to retailers that read similar to this:

We take multiple precautions in protecting you against online fraud, including notifying you when we become aware of fraudulent communications known as phishing attempts.
Please be aware if you recently received an email addressed to Dear Valued Customer or Dear (Bank name) Customer that these emails are fraudulent. The e-mails may also reference ''irregular activity'' and ''security server upgrades''. DO NOT open or click on any links within the email and delete it from your inbox immediately.

With that said, a clean well protected computer is important, but more importantly is the knowledge of what "not" to click on. We can guarantee our work, however, can not guarantee you will not download a virus. So be sure to familiarize yourself with these scams and phishing attempts.

Not What They Seem:

You're most likely to encounter rogue security programs through advertisements on questionable Web sites and via browser pop-up windows-- particularly after following search links. After grabbing your attention by "discovering" an infection or vulnerability on your system, you're coaxed into installing these programs (and usually paying for the privilege) in order to fix the alleged problem. Of course, in the vast majority of cases these so-called security tools don't actually fix or protect you from anything, and they usually carry with them the very kinds of malware infections you were hoping to remedy or avoid in the first place.

Molehill to a mountain:

Once bogus security software makes it onto your PC, it can be extremely difficult to remove. Often it will disable any existing anti-virus software you might have and/or prevent you from reaching the Web sites of legitimate security vendors by redirecting attempts to access them (usually by modifying the system's HOSTS file, which can override DNS by mapping URLs to specific IP addresses).

Rogue security software has been around for a long time but it's become especially prevalent lately, more than doubling in volume over the past year according to data gathered by Microsoft for its most recent semi-annual Security Intelligence Report (SIR).

There are countless security tools floating around on the Internet these days, and unfortunately there's no cut-and-dried way to differentiate between the bona-fide and the B.S. The best way to protect against the fake stuff is not to panic when presented with unexpected warning messages, to carefully examine anything before clicking on it, and perhaps most important, to be aware of the tactics that purveyors of this fraudulent "scareware" use to make their programs look legit. For example, fake security tools almost always co-opt logos and icons that are used by Windows or genuine security tools-- a favorite target is Windows Security Center's familiar four-quadrant shield (sometimes the colors are changed, sometimes not). Another graphical trick these programs frequently employ is resizing browser windows and mimicking the look and feel of the Windows interface to make you think that a warning message is coming from an operating system dialog box rather than a Web site. Rogue software programs also tend to use deceptive labeling to suggest legitimacy-- terms like MS, XP, Windows Security 2009 or 360 can imply that software is coming from Microsoft or perhaps Symantec (makers of the well-known Norton 360 security suite).

In a nutshell, legitimate security software will not try to cajole you into a download, so if you're presented with an unexpected and unrecognized security "warning" that seems suspicious, it probably is. If you see one, simply close the window--don't bother clicking negative choices like "No" or "Cancel", as they often don't function as labeled and may not get rid of the window. Your best bet is to use Windows Task Manager (CTRL-SHIFT-ESC, then the Applications Tab) to close the window or shut down your browser, if necessary. (When in doubt "X" it out)

Once we tune you up and install the combat software for you, with the above knowledge you will be protected and really not have to worry about this at all!